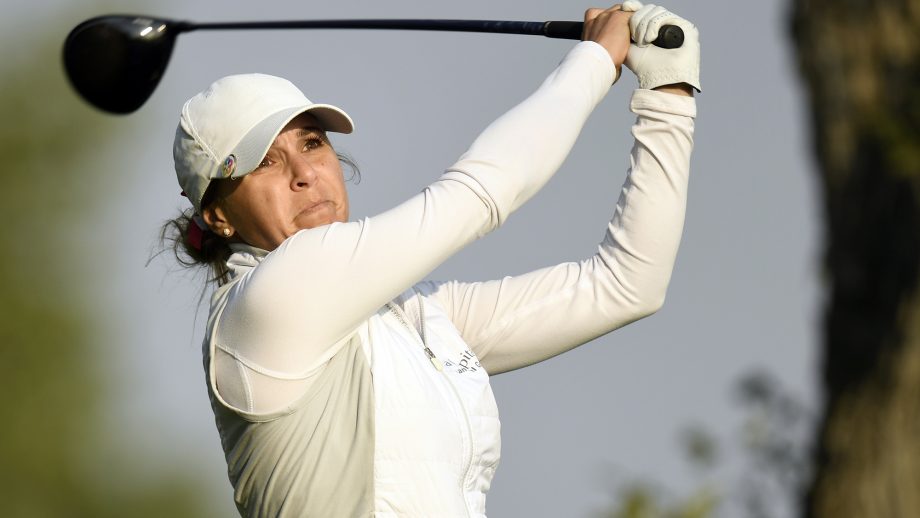 On a day-to-day basis Anne-Catherine Tanguay likes to focus on the process of being a professional golfer. But when she takes a step back from her daily regimen of practise, journaling, and evaluation, she does have some pretty lofty goals.

The Quebec City native is in the field at the LOTTE Championship that teed off on Wednesday along with fellow Canadians Brooke Henderson of Smiths Falls, Ont., Hamilton’s Alena Sharp, Calgary’s Jaclyn Lee and Brittany Marchand of Orangeville, Ont.

Tanguay is the third-highest Canadian on the Race to the CME Globe rankings behind No. 20 Henderson and No. 39 Sharp. Although she’s not much of a rankings watcher, Tanguay’s aware that she needs to keep moving up from her current position of 90th to achieve some of her long-range goals.

“I think that this year it’s been more important for me to focus on the process rather than the results,” said Tanguay, who arrived in West Oahu, Hawaii, for the tournament on Sunday. “I feel like the rankings are more of a collateral to the rest of the work I put in toward my goals.”

Her most immediate goal? Representing Canada at the 2020 Summer Olympics in Tokyo.

The top 15 world-ranked players will be eligible for the Olympics field of 60 women, with a limit of four players from any given country. Beyond the top 15, players will be eligible based on the world rankings, with a maximum of two eligible players from each country that does not already have two or more players among the top 15. The women’s qualification period will end June 29, 2020.

“It’s brand new and I feel like it’s not really part of our culture in the golf industry to have this in mind, unlike every other sport where their ultimate goal is to make the Olympics,” said Tanguay. “For us it’s been more play majors, win majors. It’s become my focus more in the past year and more and more people are asking me about it.”

Tanguay is excited to be back at the Ko Olina Golf Club, home of the LOTTE Championship. She enjoys how the course plays and has been preparing all week for the windy conditions on the Hawaiian island.

“This is my third time here, so there’s no surprise that it’s going to be windy,” said Tanguay, who says she hardly has to consult her yardage book for the course. “I’ve been practising my side-hill lies but the No. 1 factor here is the wind. I just wanted to come prepared.”